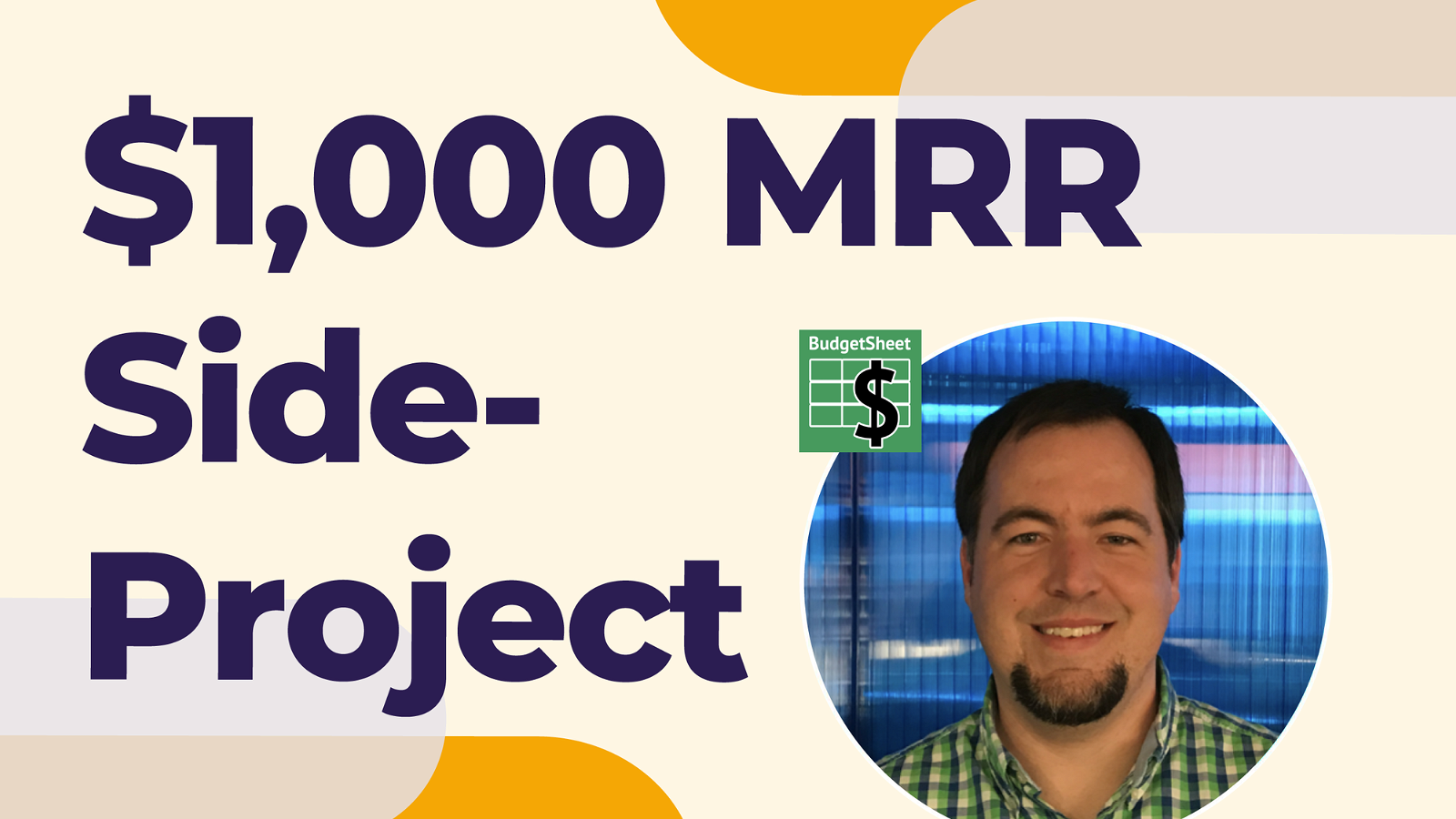 Hide in Main Feed
Hide in Main Feed
Publish Date
Format
BudgetSheet is an add-on for Google Sheets that lets you import your bank transactions directly into a spreadsheet. Vance Lucas built his micro-startup on the side while also holding down a full time job, in large part just by choosing the right market to play in. He’s a solo-founder.
Get Budget Sheet: https://www.budgetsheet.net/
Vance Twitter: https://twitter.com/vlucas
Indie Worldwide website: https://indieworldwide.co/
Indie Worldwide on Twitter: https://twitter.com/indie_worldwide
Anthony on Twitter: https://twitter.com/AnthonyCastrio
Why’d you decide to build on top of Google Sheets?
“I'm a developer, a long time developer. I'm not that great at marketing. I was looking for a marketplace that had some existing leverage that I could use.”
Vance, you joined Indie Worldwide as part of the 100 in 100 challenge last year. Why?
“That leaderboard gaming kind of mentality, it made me want to focus more on new sign-ups “
You already have a highly paid full-time job. What inspired you to start this in the first place?
“It's just something I wanted to exist. I tried three or four budgeting apps before I built this, but I got to a point where it was like five clicks to edit a transaction category. And I was just like, oh my gosh, if this was in a spreadsheet, I could just do this in seconds.”
Have you made any friends at Indie Worldwide?
“There’s a couple people who reached out with other Google Sheets add-ons. One in particular helped me with an issue and gave me their sample code. I did not expect that! I’ve had some offers to buy BudgetSheet too, but I’m not interested in selling.”
Everybody has a number. What would you sell for today?
“If someone offered me an insane number that wouldn't even be worth paying for what it is right now, then maybe, but the market is big enough. I think there's an opportunity for this to be a multimillion dollar business. I have the money that I need right now from my full-time job. So for now I'm growing it on the side until I can kind of step over. And that's my plan. I want to work for myself.”